Home » General » A Leak In The College Costs Bubble?
Sun27

A Leak In The College Costs Bubble?

“Optimism is the faith that leads to achievement. Nothing can be done without hope and confidence.” –Helen Keller

The Georgia Institute of Technology, better known as Georgia Tech, plans to offer a $6,600 online master’s degree in computer science, a sixth of the price of its on-campus degree. With this announcement, we are finally starting to see online education cause disruptions that can slow soaring college costs. 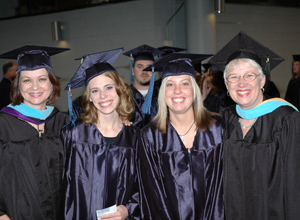 For the last 50 years, four-year college costs rose at roughly a rate of 7% annually, nearly double the consumer price index during that same period. Overall costs of some higher education, including even the vaunted bargains of community colleges, jumped 24% in the last five years, according to the College Board.

Even after adjusting for inflation, the cost of college has more than doubled over the last 30 years. Using 2012 dollars, public four-year costs averaged nearly $8,000 per year in 1972-73; they now average $17,860. Out-of-staters and students of private colleges generally pay double the costs for in-state students.

The only vast improvements to the college experience that I am aware of seem focused on dining and recreational experiences. Seriously, have you seen the climbing walls, Olympic-size pools, and gourmet food courts? Parents need to wake up and make sure the college degree they’ve promised to pay for their child is worth the price tag that comes with it.

As we see in the healthcare sector, another notable area of recent runaway inflation, costs expectedly jump up when the general public receives massive subsidies. Increases in federal grants and loans now offset increases in educational costs. Instead of making college more affordable, Uncle Sam lines the pockets of colleges and universities who raise their prices proportionately.

Recent college graduates also face harsh economic realities. Along with their diploma, many enter the work world with loads of debt and less earning potential than those who graduated before them. The recent 6% unemployment rate for recent college graduates remains stuck nearly 2% higher than the more muted rates prior to the Great Recession.

Breaking out of this cost vortex comes a partnership between Georgia Tech’s Computer Science Department and a Silicon Valley startup company named Udacity. Georgia Tech’s foray into “Massive Open Online Courses” will dramatically lower costs for Tech’s prestigious master’s degree in computer science to under $7,000. On average, those with computer engineering degrees earn $70,400 per year post-graduation. That’s a lot of bang for the buck.

Current projections suggest that 10,000 new students will be added over the next three years to the current department enrollment of about 300. And although you can’t expect to have your hand held by a PhD-seeking teaching assistant or a college dean, Udacity has a proven track record of leveraging technology to create a pleasant and rigorous learning experience. Georgia Tech assures prospective students that coursework will be graded with the same rigorous expectations online as it is in the classroom.

As a tax advisor who works with many families, I couldn’t be happier about this recent announcement. It’s discouraging to project how much young parents need to save to prepare for looming college expenses. As a result, many make the mistake of failing to save anything because the cost of saving for everything is too high. If you have young children and haven’t started saving for their future college costs, make it a priority to begin a college savings plan today.

Preparing for the future is one of the best lessons in financial management that you can model for your children. And Georgia Tech’s announcement means that the future price tag may be a bit more reasonable.

To your family’s financial (and educational) future …

“Throughout the many years Howard has processed our tax returns, the results have been: Prompt, Precise and Paramount.”

“I find you and your staff very knowledgeable, very flexible and very good at explaining all the salient details that I need to be able to make good solid decisions when it comes to my tax and financial situations.  You are always upbeat and a pleasure to talk and work with.  I would recommend you and your firm to anyone.”

“Howard Kaufman has been my accountant for the past 20 years. I met Howard at a trade organization. Through this association, I came to know and trust Howard. He has assisted me with my individual and business accounting; everything from payroll, accounts payable, financial statements and tax returns to long range planning. The trait I admire most about Howard is his honesty. I feel that he truly watches out for the well-being of his clients.Howard is constantly giving me suggestions that save m… END_OF_DOCUMENT_TOKEN_TO_BE_REPLACED

“Just a short note to say thank you for your support and guidance with our accounting and tax matters. It is a pleasure working with you and your staff. I am looking forward to continued successes in our business relationship.”

“From 0-20 million and thru the sale my company, Howard was there by my side all the way. Thanks Howard!

“Three years ago Howard Kaufman became my small accountant. This financial relationship has been extremely advantageous to me. Howard is not only knowledgeable, he is easy to talk to, and is readily available to help me with my many questions and concerns. I really appreciate what Howard has been able to offer me, and I recommend him to others who are looking for financial help.”

“You have processed my returns for sometime now.  I have always been pleased with the quick response to any of my questions.   Both you and your staff have been both professional and polite.  Thank you again, Sibyl.

“Your solid tax and always reliable financial guidance has been of incredible help to me. It is no stretch to say you’ve lifted the burden of preparing my taxes and guiding my investment strategy as I prepare for the future off my shoulders. I sleep soundly at night knowing that I am able to depend on your always honest and reliable advice and counsel.”

“Howard Kaufman has been my accountant for the past 20 years. I met Howard at a trade organization. Through this association, I came to know and trust Howard. He has assisted me with my individual and business accounting; everything from payroll, accounts payable, financial statements and tax returns to long range planning. The trait I admire most about Howard is his honesty. I feel that he truly watches out for the well-being of his clients.

Howard is constantly giving me suggestions that save … END_OF_DOCUMENT_TOKEN_TO_BE_REPLACED

“Thank you for the prompt and efficient filing of my tax return-E filings are great.  In addition to those 2 favorable items, I like the specific deadlines you set for tax preparations and increased fees that may be caused by delaying the needed information.  Since I am a procrastinator, the”carrot and stick” method was very helpful.”

WAIT! Get your FREE report...

Yes! Send me the report
x

Enter your first name and email below and we'll send you the report instantly.

to my free report.

How to Instantly DOUBLE Your Deductions & SLASH Your Expenses to the bone.